"The COALITION OF YOUNG LIBERALS (COYLIB) are concerned with the recent developments that have taken place after the adjudication of the election petition at the Supreme Court, and if care is not taken, our beloved party may repeat the same mistakes it did during the 2008 and 2012 elections." 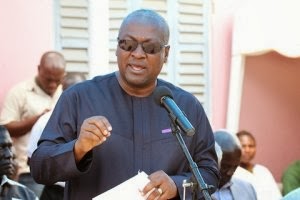 The above caption taken from an article by the COYLIB in Modern Ghana  Coalition Of Young Liberals (COYLIB) On Matters Arising.

Both Spy Ghana and Vibe Ghana published articles by the COYLIB  demanding that President Mahama step down by 31December2013.

The COYLIB have raised up into action and it seems that they have rolled up their sleeves in preparation  for a fight!  Many Ghanians are unhappy with Ghana's economy, dishonest leaders, their living conditions; the High Cost of Living and low wages. It is about time that someone does more than just talk! My prayer is that they fight the true enemy and that they fight to win!
I am just not so certain that calling for His Excellency John Mahama to step down will be productive to their fight or the plight of Ghanians.  But then, I am not a politician neither a Ghanian.

From my research over the past few years and I have had direct communications with the foreign investor group,  Private Investors for Africa--PIA, I would be willing to say, there lies the problem! 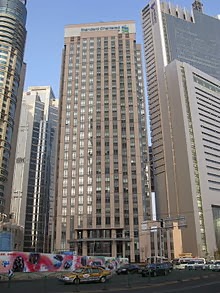 Not only PIA but other large foreign companies who has gained a foothold in profiting from and taking over Ghana's life-line--the mining and processing of Ghana's natural resources including import/export and the Banking System which ultimately controls Ghana.  Control the inflow of funds and  kick back to the crooked politicians paying them  under the table.  These foreign corporations  operate boldly and unashamedly, slowly taking over the Country as they throw their little trinkets to Ghanians making them think that they have done something for Ghana.

Ghanians must learn from history!  Learn from the history of the US how the Europeans moved in, taking advantage of the Natives kindness and the fact that they were a peaceful people. Learn how they were so successful in the Transatlantic Slave Trade!  Learn how the slaves in the Americas were controlled with the "Lynch" theory and divide and conquer!  Therefore, I say know who the true enemy is!


This is truly a bold and drastic move on the part of COYLIB. There obviously must be a replacement in mind. However, if you are talking about replacing Mr. Mahama and the problem existed prior to him coming into office, then you must replace all government officials and start anew.   Believe that the True enemy is waiting for disruption and disjointed government that they may make there move!

Mr. Mahama has not  had opportunity to enforce any effective changes for the few months that he has been in office. It seems to me that the majority of leaders must change their entire mindsets in order for any leader to succeed.

Looking in, as an Afrikan American, I do not believe that Mr. Mahama is the problem but the many foreign companies who are raping the natural resources paying hard-working Ghanians groundnuts for their work! This includes the World Bank and high-powered united corporations who control Afrika and its banking System that keep its economy and people destitute!

Pan-African banking group trading as Stanbic Bank and Standard Bank belongs to an eleven-member group that are undermining Ghana's government, people and economy. Not Ghana only but many countries in Afrika! While Standard Bank boasts on its SMEs,  that is expected to "deepen and expand our lending capability" in "short-term working capital", Standard/Stanbic are both members of PIA.

Private Investors for Africa has already infiltrated Ghana and other countries in Afrika and many were there prior to Mr Mahana taking office!

How many of you have guzzled down Coca Cola's or Heineken? Coca Cola has been in Afrika since 1926 and what have they done to contribute to the community or Ghana's economy with exception to promoting perhaps a soccer  team here and there with free coke? They think that because they have a token Black as a Director of their Eurasia & Africa Group that Afrikans will not notice how they have gained a foothold in Afrika! These are merely three of this 11-member powerful group who refuses to work with Ghanian leaders.

I certainly understand the frustration. There is nothing that pains me more than to see Our Mother raped and Her children starving, not having the basic necessities of life!

Ghana has been depicted as an example for other Afrikan countries to follow Her Governance by President Obama and Ban Ki-Moon.

While I commend COYLIB for taking action, things almost are never as they appear from the outside looking in. Do not give place to Ghana's true enemy.

REVELATION TODAY for the Nations
PREPARING MINDSETS FOR A HIGHER TRUTH

Download with our compliments and sincere thanks for your support 101Things I AM FREE! 101 THINGS I AM also contains a glossary of terms and words used by the Apostle to quicken ones understanding of  prophetic prose. (click on photo or above link)
E-BOOKS AT

THANKYOU
FOR YOUR GENEROUS DONATIONS
IN SUPPORT OF THIS MINISTRY! 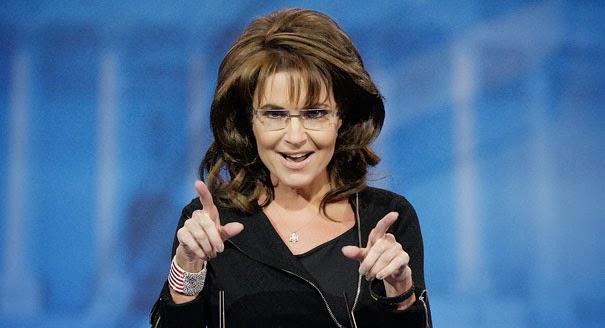 Sarah Palin has sure enough flipped a script...Oh, yes that's right...She never read it!
I normally would not say this about anyone. However, this woman had audacity to run for President of the United States and she is still putting her foot in her mouth.  This is one woman who should keep her mouth shut!

I literally shutter with those little hairs standing up on the back of my neck at the thought of that woman being the President of the US.

When I was a child I remember saying to my siblings: "Talk about that you know! Testify to that you see"! We would all be better off if we would testify to that only that we know and have seen or experienced. What a better world this would be!

"...when asked by Fox News host Greta Van Susteren if Robertson's remarks were offensive and whether or not she had any objection as to how he worded his comments, Palin said she didn't know what Robertson had actually said".

Is this blatant ignorance intentional?  Or is it that “Good Ole Boy” thing when racist/biased White folks stick together  whether right or wrong?

Yet, Sarah Palin was quoted as saying that the suspension of one of the stars of the show “Duck Dynasty” over recent biased inappropriate comments, under the guise of “Preaching the Gospel”, said that it is an attack on free speech.

It looks like Sara Palin was left standing way over in left field by herself if you take a look at the comments on her Facebook page. So what's the point? If you do not know, team up with Sarah Palin.  I am certain that she will school you.

A Daily News update reports "The suits at A&E are realizing the fix to their “Duck Dynasty” scandal is going to require more than extension cords and duct tape.

Executives at the cable channel are privately acknowledging they could have better camouflaged the indefinite suspension of the hit reality show’s head redneck, Phil Robertson, an insider told RadarOnline.

A&E’s brass also "conceded they goofed by continuing to air its No. 1 program amid the controversy sparked by Robertson’s homophobic and racially insensitive remarks to GQ magazine."

“Network bosses now recognize they should have just taken the show off the air for two weeks, since reruns were just airing anyway,” the source told RadarOnline. “The fallout wouldn’t have been strong and everyone could have just moved on.”


What are you men or  ducks?  Stand up and stop blaming others for Robertson's blatant disregard for others rights and his personal biases under the guise of Truth! This has nothing to do with entertainers "flapping" their mouths!  It has to do with Robinson flapping his undisciplined biased, perhaps racist tongue.  There are many people, despite broadcast stations, who will stand up and do the right thing.  Try it...You might find that your ratings will increase. Robertson, practice what you preach--REPENT! 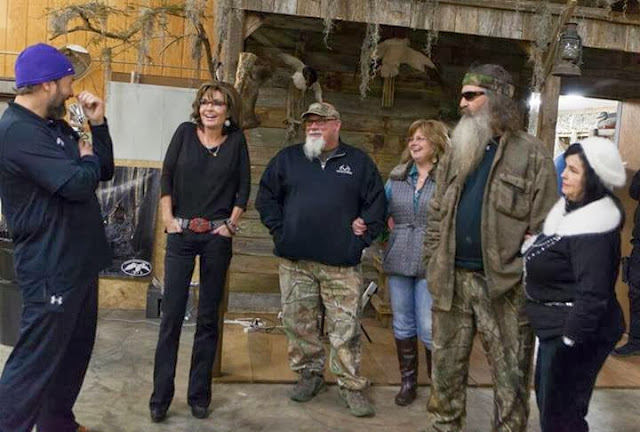 Mrs Palin, do not take what others say at face value not even if they persist that it is Gospel without at least getting confirmation. Perhaps you just might save face in the political arena; that is if you say what you mean and mean what you say, in addition to knowing what you say!

Not only did the people lack knowledge, just like now, there is no unity; there is no faithfulness; there certainly is no love being shown toward mankind.   There is intolerance, prejudice, biases, lying, leading people astray in perverting Truth, stealing, killing, adultery both physical and spiritual!  People  call what is good bad and bad good.  They are breaking all bounds; all rules of morality set forth by a Divine Creator!  The People are not only ignorant of Divine Law, they actively ignore and reject it.

Therefore, we suffer the calamities that comes forth from our own mouths!  Without a doubt, Divine Law dictates that "Whatsoever a man sows that shall he reap". We must separate ourselves and not condone that type of beastly nature. Start reaping in love! We will then see many positive changes in the world!

Support this ministry of the Word...


REVELATION TODAY for the Nations
THANK YOU for your SUPPORT!


Apostle Rubie James is a published author who writes under the pseudonym JEWELS PROPHET.  Review and purchase her books, 60% of revenue from sells goes to support MISSION GHANA.

THANK YOU AGAIN FOR YOUR SUPPORT of this Ministry!